By Cody Sharp on January 20, 2010@iphonegamerblog 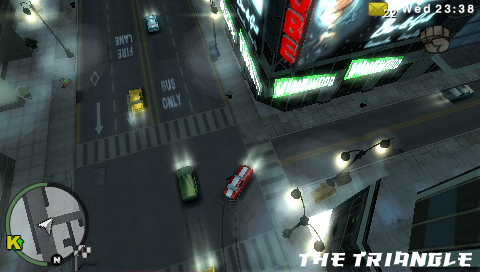 After doing the review of GTA: Chinatown Wars I wanted to move on and start reviewing the next game in my queue.  The problem was, I also really wanted to continue playing GTA: CW and there was another issue – I felt like any game I played immediately following GTA: CW wouldn’t be as good.  I knew I would find myself comparing that game in some way to GTA.  That’s a problem.  While I think it’s important for a game to be compared to what else is out there, I think as a reviewer you need to be able to put aside the last game you played and come at the new game from a fresh angle.

So what I decided I was going to do is to play a lot more GTA:CW (I played 6 hours for our initial review) and get the game out of my system.  That was 2 days ago and besides doing some work, I haven’t really put the game down.  I never played GTA:CW on either the DS or the PSP so the game and its storyline were new to me.  I kept finding things I missed the first time around.  I continued waiting for a mistake, or an issue to arise, or the game not to live up to the expectations I have set but it’s just wasn’t happening.

No matter, I will be starting a new game tonight.  And when I’m done with GTA: CW, I’m hoping what I feel is some sort of catharsis.  That I have been able to get this unsettled feeling out of my system.  The feeling that no matter what game I play, I will constantly be comparing it to GTA in some way and it will come up short.  Then I think about games like Doodle Jump and Rope N’ Fly 2 and realize that those games were great for reasons that have nothing to do with GTA.  Whew.  I guess what I’m saying then is to WATCH OUT big developers that charge $9.99 for your action games.  If your latest and greatest can’t stand up to the best action game ever made for the iPhone, get ready to hear some feedback.  This time, I bet, it won’t just be coming from me.