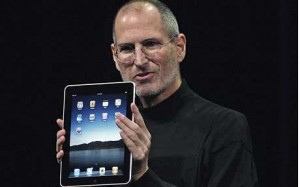 By now you have likely read many things about Apple’s new iPad.  I imagine some were good, some were bad.  I wanted to do an old Ben Franklin style list, listing its pros on one side and its cons on the other side.  Please let me know if I am missing something on either side.  The end result of this list should be able to tell us whether or not the device makes sense to buy.

Where does that leave us?  On the ropes I think.  Personally I think I’ll hold off for a while and see what happens.  What are you going to do?