It is finally official – The iPad – Pictures and details 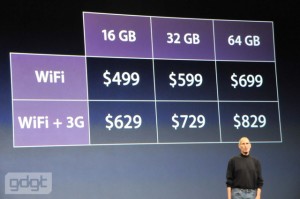 Read on for how we get to this price. 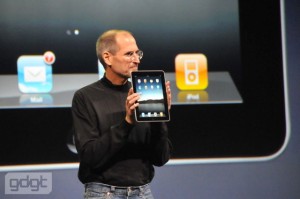 Looking like a giant iPhone/iPod, the iPad is pictures above with Apple CEO Steve Jobs.

Grant Theft Auto :Chinatown Wars would be pretty sweet on this thing. 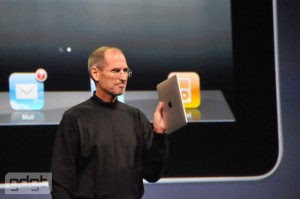 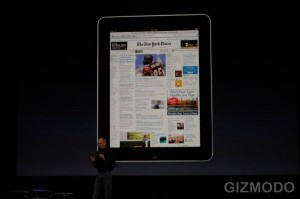 It literally is a big iPhone/iPod Touch.  No extra buttons? 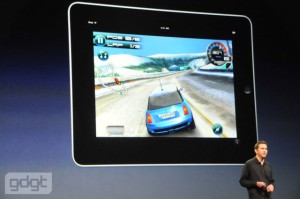 We will be continuing to update as details come out. 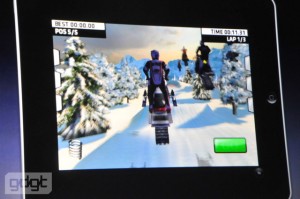 NOVA shown in full screen, optomized for the iPad.  Some attendees are reporting it to be choppy though.  Maybe while Gameloft optimizes the fps, they can work on its horrible story. 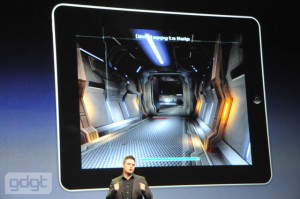 NFS: Shift being shown next.  Who wants to bet these optimized versions of games will cost far moe than $9.99. Otherwise companies like ea would be eating away their profits on other systems. 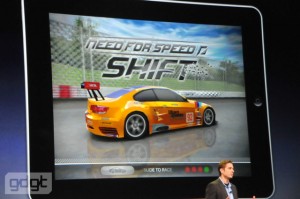 Apple also announced a new app that will deliver books digitally, iBooks.  Screenshot below shows how you will keep track of your book purchases. 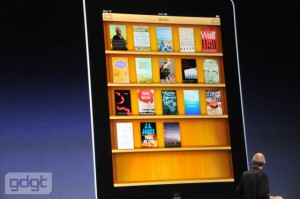 2:17 PM ET – 3g models are unlocked – GSM only.  Technically that means T-Mobile will work  as well? No contract with AT&T – prepaid.