If you were around on Wednesday you probably saw both Need for Speed Shift and NOVA were spoken about during Apple’s presentation.  These are optimized versions of their pre-existing iPhone apps.  I have a feeling that the word optimized means more expensive as well.  After all a publisher like EA would be cannibalizing its own market if it put out fully featured games like NFS: Shift on the iPad and only charged 10 dollars for it.  Who would pay 30 or 40 dollars for a DS or PSP version when they could pay $10 for the iPad version that has a bigger screen and an accelerometer?  I think the end result is that we will quickly see the beginning of the 20 – 30 dollar game on the iPad. 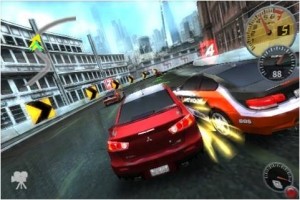 For both Apple and the developers this would be a huge win.  Apple receives their cut and the larger developers ensure they can get a ton of the money without any chance for a used game market.  This is the way things are going in the console world as well, although we are not there quite yet.  Look at how poorly the PSP Go was received (not really a big surprise).  One thing the large developers should worry about is Apple’s inability to stop piracy on the iPhone and iPod Touch.  What is their plan to stop it for the iPad?  I’m sure one additional revenue stream the iPad developers will want to cash in on are in-app purchases.  In fact, that’s one way that developers can cut down (or make up for) piracy.  Time will tell but I think it is very important that you all go into buying an iPad very carefully.  I am nearly positive that we will start seeing $20 “optimized” iPad games being delivered to the App Store as soon as the device comes out.  And I think that number is sure to rise in the future.