Home / Features / OS 4.0 for iPhone/iPod Touch Likely All About Customization

OS 4.0 for iPhone/iPod Touch Likely All About Customization

By Cody Sharp on February 24, 2010@iphonegamerblog 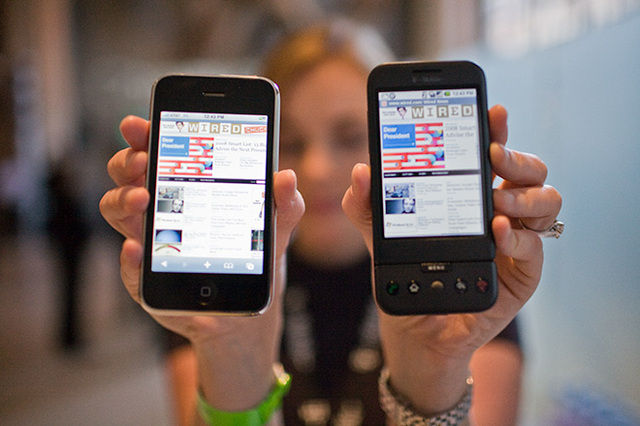 The jailbroken iPhone/iPod Touch has it easy in a lot of ways.  You can multitask, kill apps, and even customize your interface.  However, if you don’t want to deal with the business of jailbreaking for whatever reason, you have to wait until Apple comes out with these features on their own.  The feature I want to talk about today is the ability to customize the OS interface.  I believe that due to heavy competition, OS 4.0 will include several new ways of customizing your iPhone/iPod Touch experience.  Many of Apple’s mobile competitors are making a living because they claim they can customize their interfaces better and give the user a more personal experience than Apple does with the iPhone/iPod Touch.  For the most part, this rings true.  Think about it, how many things can you really personalize on your iPhone?  Backgrounds and ring tones come to mind but not much else.  Phones like the MyTouch from T-Mobile and most Android phones have quite a bit more you can do.  I think OS 4.0 will go a long way towards fixing this complaint on both the iPod Touch and iPhone.

More customization probably means more apps, themes, etc and overall more money via the App Store for Apple.  What kind of customization can we expect then?  I think we will see several things.  I think we will see themes that will be able to be used throughout the entire iPhone.  Not only on the background but also on the lock screen, the keyboard, and possibly icons.  I also see customization being more accessible when it comes to alarms and notices.  Right now I have three email accounts on my iPhone.  While I can change the push notification sound, I would like to be able to do a different sound for each separate inbox.  For example, if I receive an email during a meeting and I hear the chime for my personal inbox, I won’t check it.  If it’s the chime for my business email inbox, I’ll know that as well.  Other phones already have these types of options and Apple is playing catch up when it comes to this kind of functionality and customization.

Apple knows that it is now directly competing against Google and its entirely open platform (did you guys see what Jobs supposedly said about Google?).  While Apple has always been insular in everything thing they do when it comes to manipulating their user interface, in order to compete they must realize that they need to be open to change.  I think iPhone/iPod Touch customization will be one of the ways Apple begins to open up its interface to its users in the coming OS 4.0 release.  What do you think?  What kind of customization do you want to see?