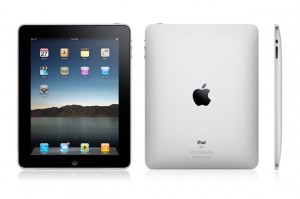 Apple 3rd, I mean April 3rd, will officially start the month off in a huge way with Apple’s newest creation, the iPad. Whether you are planning on buying one or not, there are certainly a lot of people that will be.  We know that many developers are planning to release their apps and games for the iPad.  What we don’t know is how this will change the App Store.  The App Store, which is already extremely hard to navigate and find what you want, may only get worse with the release of duplicate iPad apps.

Will there be a completely separate section for iPad enhanced software?  If so, will it still be divided up into just as many categories?  The apps on the iPhone/iPod Touch side will apparently work on the iPad; they just won’t be enhanced for its size.  In a market already saturated with iPhones/iPod Touches, how will the indie developer’s spend their ongoing development time?  Will they go straight for iPad’s or fall back to the iPhone/iPod Touch optimized version and create the iPad enhanced version later?

I’m excited to see what happens following the release of the iPad.  I myself am not sure whether or not I will be purchasing one.  $550 (with tax) is a pretty pricy piece of hardware without filling any real need I have.  I won’t be reading on it, I already have a console, I have 2 laptops, and an iPhone.  I still can’t get over the feeling that this iPad just doesn’t fit in anywhere.  Why would I spend $500 for what I already have on a laptop (which is much more powerful)?  The App Store is nice but there won’t be a ton of iPad optimized games/apps for a while. 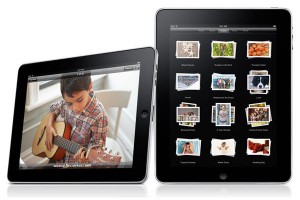 The reason I love my iPhone is because I would have had it in my pocket regardless of whether or not it could play games.  I needed a phone anyway.  The reason I carry my laptop around is so I can do my work.  The iPad won’t be able to replace either of these things.  It could have possibly replaced the laptop but they didn’t include the ability to save whatever file types I wanted to its hard drive, or the ability to use flash.  Nor did they include the ability to install software that is not on the App Store.   All of which were necessary for me to be able to replace my laptop.  For whatever reason they crippled the iPad and left me with no real reason I can sell my wife on getting one (fellas, any ideas?).

I admit this article has very little direction.  I’m all over the place with concerns and questions.  One thing is for sure, I am interested in what happens.  I want to see if this will be the first huge flop for Apple in a decade or if it can meet or exceed expectations.  I have a feeling we don’t know all there is to know about this thing yet.  It could have a ton of functionality that isn’t built into the OS 3.2 OS that could be unleashed with an OS 4.0 update that wasn’t ready for primetime for the announcement.  Who knows?  All I know is that it’s an exciting time to run a site like iPhone Gamer Blog and find out what kind of cool innovations the indie devs/major devs can come up with for a 10 inch screen.  Of course, depending on my success selling the wife on the iPad, I may be waiting until Christmas.