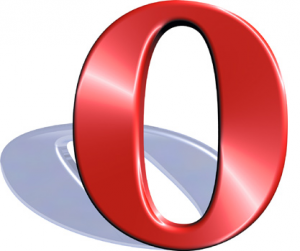 The iPhone may not be 4G enabled anytime soon but the Opera Mini browser that has recently been submitted to Apple may make it a bit of a moot point.  While 4G offers greater download speeds, the Opera Mini browser handles each page quite a bit differently than your standard Safari browser does.  Instead of running the HTML and JavaScript components of each page you load up via the iPhone/iPod Touch’s internal hardware, it sends that stream of data from the website to Opera’s servers.  It then runs the bandwidth hogging code on its own servers and sends it back to your iPhone in a form more condensed and thus…much quicker than the Safari browser could ever hope to do.

A technewsdaily.com article recently wrote of their chance to speak with one of Opera’s presales engineers about the mini browser.  When asked about the difference in load times he said, “On average, we see about 80 to 90 percent compression.  The amount of compression depends on how image rich a website is.  A small website with just text does not get compressed as much as a large website like the New York Times or the BBC.”

Obviously that is a tremendous difference.  That level of compression almost doubles the speed of major websites everywhere.  And if that the case, Opera is putting out a product that many people will want.   Apple has frequently rejected apps that compete with their native apps in the past.  If that happens in this case, they should have an angry mob on their hands.  Not only would Opera’s release be good for the end user, it likely wouldn’t be bad for AT&T’s network either.  After all, in larger municipalities like New York City, AT&T has had trouble even keeping up with network demands.  I would think any way they can alleviate that issue should be welcomed with open arms.  One way or the other, we will find out soon as lately the submission/decision process at Apple has sped up tremendously.