The iPad vs the iPhone/iPod Touch – Demographic Differences 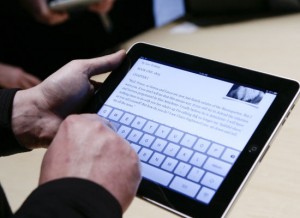 700,000 iPad’s were reportedly sold on the first weekend.  I found myself thinking this about the iPad’s demographic and I wondered who the owners of the device would be.  It will be a while before anyone puts out a survey that shows how people fall in but in the meantime it might be worth doing some analysis based on several factors.  Those factors are: the device’s cost, its ease of use, the way it will be used and how easy it is to break.  If we look at those things alone, and take the demographic information we have for the iPhone and iPod Touch, we should have a much better idea of exactly who will be using the device.  This is extremely important for a variety of folks, no group more so than the developers for the iPad.

The iPad costs big money.  $500 might not be a lot for an upper middle class person looking for a new computer and picking the iPad instead or even someone that is looking for their first computer.  That being said, for most people $500 is not an impulse buy.  It also is not an amount that most people would spend on their child’s birthday or Christmas gift.  In fact the average American family spends about $250 on a child’s Christmas gift.  That’s extremely generous but only half of the way towards buying them an iPad.  This device simply will not be used by children because it is unaffordable for the vast majority of parents.  A shame but important.  Unlike the iPod Touch which demographic is 75% made up of kids younger than 18, this device is sure to be nearly the exact opposite despite not needing a phone plan.

The easier a device is to use, the larger that demographic will be for 2 groups, children and the elderly (or non techies).  These groups still want to be able to browse the web, read and maybe play a few games.  Computer, both Mac’s and PC’s) bring a whole host of issues for people that don’t really want to learn about or are too young to.  That being said, children have already been ruled out for the most part due to the issue of the iPad’s cost.  The elderly or non-technical are a pretty good fit for a device like this.  A few other factors correspond to the higher likelihood that older people will be one of the main demographics.  First, the cost is attainable for folks in this category.  They have the largest amount of disposable income.   Secondly, most of them are interested in connecting to people via the web but for whatever reason they haven’t found an easy way to do so.  The iPad should fill that gap.  If you have any question whether or not Apple is targeting these folks, don’t.  Think about what Apple has shown so far on the iPad’s ads.  The New York Times, Wall Street Journal, etc.  Those are old media.  Written word is the media of the older generation in the United States and exactly the demographic Apple is trying to grab.  The iPad will inevitably be tied directly to the older generation of American’s looking for new technology.

The last item directly ties into the next.  How will the device be used?  One of the things Apple is pushing is that you can use the iPad for work and play.  You can also use it for leisure and news.  But in reality, the iPad will likely not be a great reading device.  Even the people who love it say that the screen is too reflective and the device too heavy to be a great book reading device.  Apple is pushing this portion of the device to get people on board with it, probably looking at the Kindle crowd.  They are doing the same thing when it comes to the productivity of the device.  Sure, you can use iWork and write all of the reports and emails you need to for your job but who is going to do that without a real keyboard?  Of course you will be able to buy a keyboard accessary, but that means that the device’s mobility is lost and leaves it even more of a pain than a laptop to carry around.  No, the reasons they have marketed this is because they want their device to sell you on the idea that it can be used for this stuff but realistically it will not be.  This device is for browsing the web and using media (games or video) and that is about it.

Finally, the fragility of the device is fairly important.  Of course, this isn’t something that Apple is likely to speak about but if you search a bit you can find out exactly how fragile the device is.  While the screen is extremely resilient, even to nails apparently (video here), and so is the back aluminum paneling, the actual device is as fragile as it looks.  Even a small drop from 4 or 5 feet onto carpet can screw up the screen and when it comes to water, forget about it.  This is certainly not a kid’s toy and we will not be seeing these out and about at any typical public school for textbooks.  They would be better off with a Kindle (for the less reflective screen and cost).  So again we are left with a demographic that excludes children.

After going through the quest for a demographic set I think we are left with somewhat of a decent picture.  It’s older, middle class and upper class people that are looking to do something that they may or may not be able to do.  Specifically they would like to be productive while at the same time have the ability for some leisure activities like games and media.  I think this group of people will be quite happy with he’s selection available on the App Store and their iPad purchase when it comes to media manipulation.  When it comes to the ability to get some real work done, they are likely to look elsewhere (like on their regular computer).  Certainly there will be many 18-35 year olds who own the device as well but that is expected.  The lack of children may not be.

This all points to one thing for developers.  There are going to be a lot less sales on the iPad when it comes to games.  All of these prices we are seeing at launch (10-15 dollars for premium apps) are sure to fade away until the younger demographic (18-35) has more disposable income.  While there is no doubt that the gaming demographic has skewed older in the last few years, people in their 50-60’s are going to stray away from all but the most basic games.  This means that iPad developers need to be careful of two things.  One, that they do not overprice their product out of the demographics’ ability to purchase their games and secondly that they don’t push too heavily for the iPad market when the real key to their success is still going to come from the 70 million strong iPhone and iPod Touch group.