Apple’s iPad – 4 Things I Would Love to Not Hate 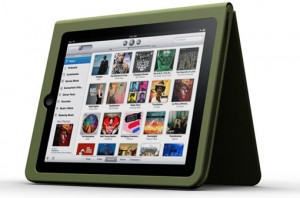 So if you’ve read my previous iPad articles you know that for the most part, I am a big fan of the iPad. In fact, it has replaced my Asus netbook altogether. With that said, there are a few things that are starting to bother me ranging from old standby issues like it’s lack of Adobe Flash to new concerns that have just started cropping up after using it for a week or so.

I know, I know, the Flash debate is old news but the iPad is a device that is meant for browsing the internet. I’m not saying the iPhone isn’t meant for that, but it’s a phone first and an internet browser, game console, calendar, etc second.  You would think Apple and Adobe could work something out so we could finally experience the internet in its entirety.  Going to pages and seeing that big blank space where a flash movie or app is supposed to be is just plain ugly.  In fact, it doesn’t feel “magical” at all.

iPhone and iPod Touch owners get OS 4 in June and iPad owners have to wait until the fall. Come on! Really? Isn’t the OS fairly similar on the iPhone and iPad? I just don’t get why iPad owners are going to have to wait 3 months to get features that should have been there for its release. It’s probably because the screen is bigger (sarcasm). Multitasking and having folders are sure bets to be a good thing for the iPad and the frustration of not having them for 3 months while they will be already on my iPhone is already palpable.

This one might just be me but maybe I have something here. I just think that iPhone games aren’t going to work well translating on the iPad. Specifically, I’m concerned with the handheld aspect of most iPhone games. Driving games, flying games, and any game that has a high tilt factor worries me. The iPad is much larger and much more likely to um…break. I just think games that don’t involve a lot of device movement are going to be much bigger for the iPad in the long run and thus far, I haven’t seen a lot of those.  Oh yeah, and all of those games that use your thumbs to control the screen, like N.O.V.A, they don’t work at all.  There is simply no way to fit your hand comfortably around the screen for a FPS using the same controls that the iPhone uses.

My last issue is pretty cut and dry. Most iPad apps and games are outrageously expensive. Apple set the bar with Pages, Numbers, and Keynote. But I have news for other developers – those apps are perfectly created and are staples in the computer world. A word processing app is a must if they want the iPad to fully fill in for a laptop. Word for a Mac is around 100 bucks! Pages is $10. So if you think your app or game does for the iPad what Pages is doing for the iPad then by all means charge $10.  But what I’m seeing is a lot of apps and games that have what I call the iPad surcharge.  They take whatever their app or game cost for the iPhone/iPod Touch and double it for no reason.

Even with these issues, I still love my iPad. I’ve heard of an app out there that will allow me to print from it. I haven’t researched it yet but I hope these types of apps keep coming out. Hopefully, they don’t cost an arm and a leg.