iPad Games and App Reviews for Your Kids – Disney Edition

In this feature, we take a look at several of the iPad apps and games just released for kids.  We tell you how they play, their level of complexity and if they are worth picking up.  If you have young kids, this is worth a read.  Especially if you always have to tell them that they can’t use your iPad because its for grownups.

The first game I decided to tackle was Fairies Fly, a game that includes six different Disney fairies that fly through each level collecting various objects, while dodging obstacles, to obtain a high score. There are six stages, each with three levels. The stages are nature based; flowers, leaves, trees, bugs, birds, etc. The graphics are exactly what you would expect from a company like Disney. They are pristine, great character graphics, great backgrounds, great everything. 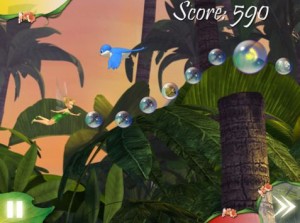 My two complaints for Fairies Fly are the fact that they incorporate a large amount of advertising and make it seem like you’ve unlocked a fun new part of the game. In reality you have just unlocked a scene from one of Disney’s upcoming movies. The other thing is the price. $7.99 is a lot for a game with only a few hours of gameplay. 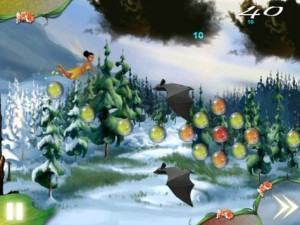 Now of course this game isn’t intended for 26 year old men, but if you have a little girl running around begging to play on your new iPad you may want to look into Fairies Fly. Maybe the price won’t matter so much if you buy it for your daughter.

The second game Disney gave us was Phineas & Ferb. To be honest I didn’t know anything about Phineas or Ferb until I googled them. Phineas & Ferb is a cartoon about the two title characters that happen to be stepbrothers. The brothers are on summer vacation and try to invent new ways to fight boredom and their sister. 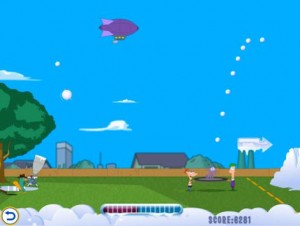 This game consists of three mini games; a surfing game, a trampoline game, and a spy game. All of the games are very basic and meant for the younger crowd. The surfing game and the trampoline game use tilt controls while the spy game is more of search and tap kind of game. The graphics are exactly like the cartoon, the continuity is perfect. If you have kids that watch Phineas & Ferb then this game is a definite pick up for only $2.99.

Craft Finder – Get now on

This app is great for any parent or day care employee. Craft Finder allows the user to search crafts based on age, duration of the craft, and an occasion. I’m not sure how many crafts there are but it seems like hundreds. Once you find one that you like you can add it to your cart and then you will see a breakdown of what you will need to buy in order to to make it, like a shopping list. You can also use the cart to organize multiple crafts for easy lookup later. Once you have selected a craft it will show you appropriate age, the estimated time, the material list, and of course the instructions. 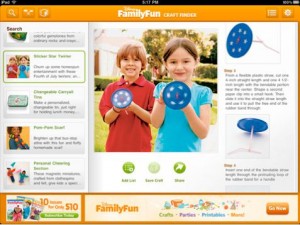 If you were impressed already, prepare yourself. Craft Finder is free. Disney really did parents a favor with this one. If you have young kids that will soon have summers free then this app is a must. Some of these crafts can take up to 2 hours and use simple and inexpensive materials. Sounds like a win to me.