Iron Horse is the first iPad game from the new entertainment company, Appstar. Only being founded a few months ago, Appstar, is a company to keep an eye out for due to the fact that one of the co-founders, David Crane was also the co-founder of Activision. 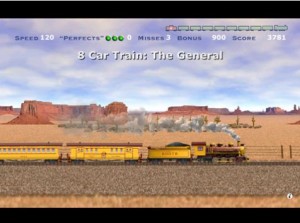 Iron Horse is a 2D train game where you try to attach additional train cars on a moving train. As the train moves by, half ovals appear on the end of the moving train and the front of the waiting train. When those half ovals line up you must tap anywhere on the screen to lock the train cars together. If you are early or late, the cars don’t lock. Once you miss three cars in a level the game ends.  Once you get four “perfect” hitches, where the oval is perfectly lined up, you get a free turn. A free turn allows you to automatically link up with a train car without having to time the link up. Free turns can be used at any time by tapping the free turn button.

The game starts out very easy with the train moving only 5 mph, but each time you pick up a car the train’s speed increases. After picking up 7 or so cars, the train is really moving.  The first time I played I lost on the second level. The third time I made it to the fourth, but I haven’t gotten back there since. 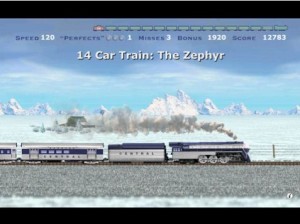 The graphics are good. I think the backgrounds are by far the best looking part of the game, but the trains aren’t too far off. As far as audio goes, the sound effects take the lead role and music is set in the background. The sound effects mostly consist of, as you can imagine, train sounds but they aren’t overdone or annoying. 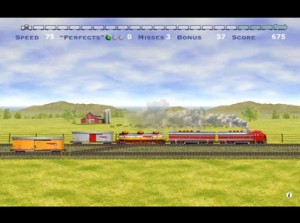 The gameplay itself is a bit short lived. You can replay an endless amount of times and that’s great, but every time you play it’s the exact same thing. You can keep challenging yourself to beat you high score but games like that only last so long before you get bored with them and move on to the next game.