The Prototype iPhone You Were Meant to Find – Or Not? 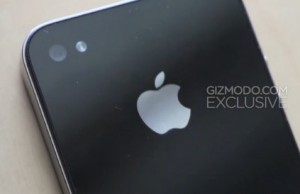 For a while I refused to write about the iPhone leak.  I had an initial article declaring interest but I stayed away from anything else.  I wanted to see what type of fallout has occurred from the leak.  To my disappointment, there really hasn’t been any.  In fact, all the device’s early unveiling has done is fuel the fire for Apple and make the new iPhone the hottest thing in American news.

Wow.  It could have been worse right, right?  For Apple, I mean.  Can you imagine what would have happened if one of the new devices was found, proved to be real and underwhelmed everyone?  For example, it didn’t include the front facing camera and didn’t include an expanded battery?  Instead, the site that bought the phone from the lucky finder had literally millions of hits, was invited to a mainstream news show like Good Morning America to show it off and has become a regular name for millions of people around the world that would never have thought about going to a site that begins with the letters “Giz”.

And all in all, it has been an exciting week for us iPhone fans.  Some people have been a little upset that the annual Jobs unveiling was ruined by the early discovery.  Other conspiracy theorists were sure that Apple did this on purpose for the free marketing.  I am positive that is not the case, especially since the name of the device’s owner, Gray Powell, was pummeled into the mud by some news articles and was on the lips of prospective employers everywhere as someone they would never trust with their prototype device.  No, I believe this was a simple mistake and one that is both fortunate for Apple, Gizmodo and for us Apple fans.  It has been quite a ride and I am still excited about the upcoming release.  Next week, let’s hope someone finds a working version and takes a video to show the world.