iPhone HD – So Your Telling Me There’s a Flash

By Cody Sharp on April 26, 2010@iphonegamerblog 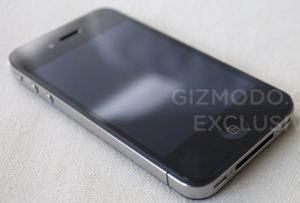 How ridiculous is this?  The iPhone HD was found 2 months before its likely release by someone who sold it to Gizmodo.  Despite having the mythical phone in their possession for a good 2 days, we know very little of the actual device other than its design and added camera.  How bad does it suck that whoever found the phone didn’t actually take a video of the device while it still worked?

In fact, we really don’t know anything about the supposed new HD screen at all.  We know that the Apple logo seemed like a higher resolution (reported by Gizmodo).  Seriously?  That sucks.  The Apple logo is a simple white on black image that doesn’t tell us anything at all about the brilliance of the screen.  Couldn’t the new device load up with a high resolution image announcing its connection to your PC?  Come on Apple, next time prepare for a leak!

What do you guys think of the devices flatter design?  I kind of like it.  I think that one of the things I like least about my 3gs is the rounded shape.  A flatter design will feel better in your hands and the ceramic back sounds great.  One thing that happened to too many 3GS’s is the plastic backing breaking upon a drop.  My hope is that the new material found on the back is a little sturdier and improves reception (porcelain has to be better than plastic, right?).

The added battery size should help a bit as well and supposedly the 4.0 OS will also improve battery life.  With the 16% larger battery of the iPhone HD and the improved battery life of the iPhone OS, we could see a substantial difference.  As far as the flash for the camera that is said to be included on the device; Bravo, Apple.  I had come to the conclusion before that announcement by Gizmodo that Apple was against anything that had to do with the word flash.  I am glad to be proven wrong.