Colorful game design is nothing new for Disney.  In fact, it’s mandatory.  In Blackout, you have the responsibility of restoring power to a city without.  How can you do this?  The only logical way – by connecting a series of gems to each other.  As you connect more and more gems together your power meter grows and will eventually allow you to light up one section of the city.  The game starts off easy but gets increasingly more difficult.  That difficulty increase will either be satisfying or annoying depending on the types of games you like to play. 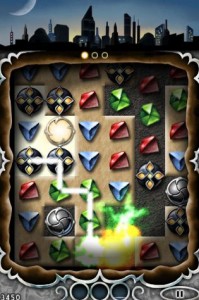 Besides the game scenario described above, there are two other modes that are included in the game; Light and Eternal.  In Light mode, you need to do the same thing as above (light up the city) but the pace is drastically increased.  In the final mode, Eternal, it plays like a survival mode would in a zombie killing game.  Simply put, you will lose.  It is up to you how long you can last while trying to keep the power on. 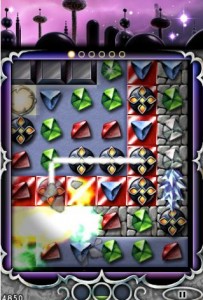 The music within the game varies quite a bit from techno to elevator-type music. Overall, it’s fairly well done and doesn’t get too repetitive. The controls in the game are simply touch based and work well, although from time to time it is easy to accidentally draw a line to a gem you did not mean to causing you to make a simple mistake. 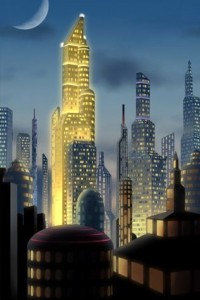 If you like connect puzzle games then this one will fit the bill.  The vibrant colors, along with the corresponding mission of lighting up the city is a satisfying way to pass the time.  However, if you’re looking for a little more action from your games then this one is a must pass.  While the speed and difficulty of the game does increase as your progress from city to city, the actual gameplay mechanic never does.