Confirmed: Verizon to get the iPhone 4 – AT&T Grasps at Straws 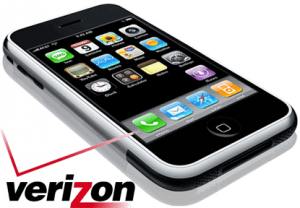 Business Week and USA Today are just two of the news sources that are reporting that Verizon will be getting the new iPhone as soon as January. When the iPhone launches on Verizon, dropped calls will be gone and left handed people will rejoice. Well, I don’t know for sure about those last two areas of interest but I do imagine that Apple will not be releasing another version of their phone that Steve Jobs will have to answer, ‘just don’t hold it that way’. One thing we do know for sure, we know why AT&T was so nice to give its current iPhone customers an early upgrade option. They knew that people will jump ship as soon as Verizon was an option. Well played AT&T, well played.

Verizon will likely be doing something far different with their pricing than AT&T. Their network is much larger; they have more infrastructures and will likely be able to moe easily support all of the things the phone can do. Like what? Well for one, FaceTime. I’m going to speak about this more in the coming weeks but there is no reason that a far superior network like Verizon won’t be able to support FaceTime without the need for its customers to use Wi Fi. How about tethering? AT&T is charging a huge amount for something that should be no additional cost. Don’t be surprised if Verizon kills AT&T’s market share by out-pricing and out-servicing their customers.

That’s why it was so smart for AT&T to go out and try to get all of the early adopters to sign up for an additional 2 years of AT&T service. In the end though, it’s just delaying the inevitable. The people leaving will be like water running through AT&T’s corporate hand. The lack of service quality, especially in large markets, will get people running to the Verizon store. Especially if they compete with AT&T price-wise (which I am sure they will).