Does Epic Citadel Mean War Between Android and iPhone OS?

Epic Citadel just doesn’t make much sense.  If you haven’t heard of it, it is a free “game” that was recently released by developer, Epic, to show off the graphics that are possible on the iPhone and iPod Touch.  That wouldn’t be surprising at all if it actually was a game.  Instead it’s more of a demo to show off the Unreal graphic engine on the iDevice platform.  There is no doubt, it looks absolutely amazing.  In fact, I was blown away when playing around with it.  That being said, why was this released before it became a finished game?  I have a very strong suspicion that this was simply bought and paid for by Apple to show the iDevice platform as strong competition for the Nintendo DS and Sony PSP. 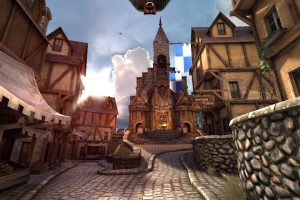 I wouldn’t be so sure if it wasn’t for one thing, Apple and Steve Jobs in particular has really made a big fuss in the last few press conferences about how many more games are available on the App Store than either of the two major labels.  They also insinuate frequently that the iPhone is a better gaming device.  I believe they paid Epic to deliver this unfinished demo to show off how impressive the graphics can be on a mobile phone.  They are also competing with one other platform and that’s Android.  I guarantee you won’t see this demo make its way to the Android and it’s not because it couldn‘t be done – it’s because Apple paid for it not to be done. 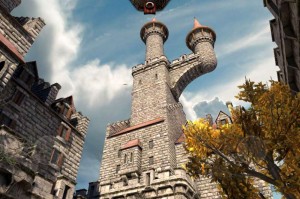 If I am right, how far away are we from exclusive games on mobile phones just like we have on consoles?  Could we see game developers in the future ally themselves with either Apple or Google?  I certainly see it as likely because there is more and more money available as each phone provider/OS provider is adding millions of new users per month.  In my view, that type of development would not be a good thing for the mobile gaming world since it would mean less AAA title games.  What do you guys think?