I remember playing RC Pro Am for the NES for hours at a time when I was younger.  If you aren’t familiar, it was a racing game that gave you the added ability to upgrade your vehicle with weapons, nitro, a better engine and more.  It was entirely awesome.  Even now I’ll open up the old NES emulator and play it.  After playing Death Rally, there may no longer be any need to.  The iPhone has finally got a game comparable to the original 1988 title. 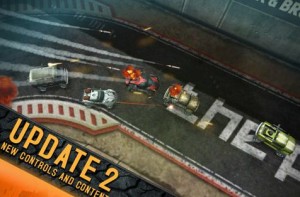 Death Rally offers beautiful graphics, several tracks, tons of different modes and a lot of different cars.  Each of the cars can be upgraded with weapons (new weapon parts can be collected as you race), a faster engine, better handling or upgraded armor.  The sound within the game is top notch and so is the overall production quality. 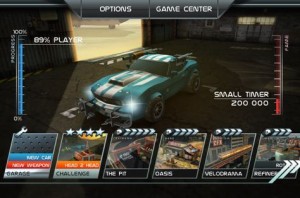 The game does have some issues with camera angles as it offers two but for whatever reason will intermittently switch back to the other angle from time to time.  I prefer the second camera which follows along with the action right above your car while the first angle gives you more of an overall 45 degree view.  Nevertheless, besides this hiccup, the game runs smooth on my iPhone 4 and offers hours of gameplay options. 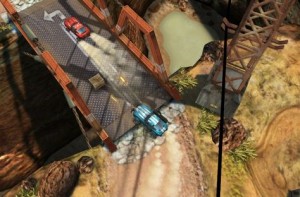 Remedy has already released several updates for the game including new cars, weapons and the like.  A game like this is easy to pick up and play and I have been playing it a lot over the last couple of weeks while riding the stationary bike in rainy/cold Indiana.  Take a bit of a leap and pick up this $3 title today.  No other racing/action game on the iPhone has yet to do RC Pro Am justice like Death Rally does.  Pure fun.