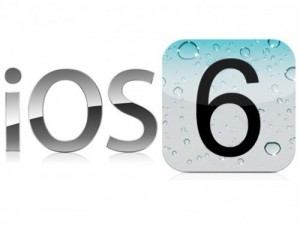 Apple has made very few mistakes over the last few years when it comes to hardware releases.  When it comes to software, iOS 6 needs to be a significant update; as many areas of iOS 5 still seem very limited compared to its mobile counterpart’s operating systems.  The lack of widgets, a notification system that is still not quite as slick as competitors, and the inability to customize certain aspects of your device all stand out as weaknesses.  Windows phones only make the gains seen in iOS 5 less relevant as they offer a completely different look and feel from either Android or iOS.  iOS 6 needs to be huge.

In fact, iOS 6 needs to really be something entirely different.  While the look and feel of the iOS on an iPhone and Touch is still nice, on the iPad is simply looks bad when compared to any new Windows 8 tablet.  The menu system looks clunky and doesn’t utilize the space offered by the larger tablet.  iOS 6 should therefore be a complete reworking of the UI for the iPad.  That seems unlikely though doesn’t it?  Apple rarely makes specific iOS changes for one of its devices or the other.

Apple’s new CEO, Tim Cook, needs to be a different guy than Jobs.  While Steve Jobs lead the company to unimaginable success and growth over the last 10+ years, for the future, they need to be less resistant to change and more open to…well openness – something Apple has never been good with.  While other platforms relish the hacking community’s updates and additions made to their systems (yes, even Microsoft), Apple genuinely hates it.

If you came looking for more iOS 6 rumors, I don’t have them.  More than anything I hope iOS 6 refreshes the greatness of the original iOS system.  As it is, the diamond that it was cut from seems to have loss a bit of its luster – at least to me.  What do you think?