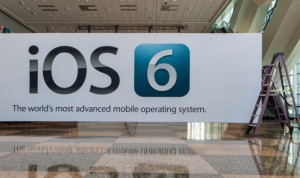 Coming this fall, an Apple operating system that adds a few nice things but overall, is an underwhelming upgrade when compared to iOS 5.  When iOS 5 came out there were over 200+ additions over iOS 4.  Unless I’m missing something, Apple centered the changes in iOS 6 on 20 or so main changes and additions.  There are some nice things, for certain, but a lot of people may be left wanting more.

One of the biggest changes for the average iPhone user is that the maps app has at last been made useful (without the services of Google).  The previous app lacked the ability to act as a true GPS.  It included no vocal driving instructions and could not keep up to tell you when to make turns.  The new maps program integrates turn by directions vocal directions along with traffic data.  It is a nice feature and one that pretty much puts some of the GPS software out there on notice.  Add more features for less money or you will not be in business much longer.

Another addition, and this is for the iPhone 4S and iPad 2+ folks, Siri now is available and works for Facebook, Twitter, sports scores, movies, etc.  Some of those things were noticeably absent in the past so now let the excitement begin as we’ll have even more chances for John Malkovich to speak to his phone.  For those that use Siri, this is a good addition but for those who don’t, this won’t change a thing.

Along the same lines of Twitter integration we received in the iOS 5 update, Apple has now added Facebook integration to their native applications.  Meh.  For some people this will be a huge deal.  Being able to share information from any app in Apple’s stable, natively, will make things a bit slicker.  That being said, this is only important for native Apple apps as nearly any 3rd party app had this integration years ago.  The one thing that is nice is that Facebook integrates birthdays and events from your account into your calendar and contacts.  You will also be able to add likes to apps and songs.  This is nice and is a whole lot easier than the way writing a review for an app currently takes place (which is a nightmarish process)

Finally, Apple added a new native app called Passbook that acts like a digital wallet for tickets, coupons etc.  They also added Facetime for over air networks on each of the 3 American networks the phone currently works with and last but not least, the ability to easily add pictures and videos within the native email screen.  Nice.

Overall, we have some decent additions but what is surprising is that there are still a lot of things you can do on a jailbroken phone that you still won’t be able to do on Apple’s 6th version of its operating system – not all of them illegal.  Things like having a quick swipe to turn off networks you don’t need to conserve power or turn the brightness up and down.  Things like having different email signatures for different accounts and the ability to customize even more aspects of your phone to name a few.  It seems the fall release will correspond to the forthcoming iPhone 5.  In the meantime, watch and wait for even more celebrities speaking to their iPhones about mundane things they can learn for themselves with 2 seconds of work.