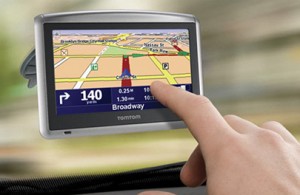 One thing that is increasingly obvious is that the end of the standalone GPS unit is near.  If you have stock in TomTom, Magenta or a similar company, you should probably dump it unless they have already divested in that technology.  Mobile devices like the iPhone and Android’s Galaxy Nexus  already handle GPS better than nearly any standalone device did in the past and better yet, they don’t get stolen out of your car while walking around in the mall because they are always with you.

I still remember when GPS units first came out.  I was pretty young at the time and I remember being absolutely mesmerized that something so small could tell you where you were at all times.  Those initial GPS units didn’t even have a screen.  They came with software that you would install to your laptop and then you would hook the device up to your laptop.  Imagine all of that work for looking up where the nearest Pizza Hut is or getting directions to a theme park.  What year was it that seemed so simple and required you to carry around a bag with a laptop, GPS device and software?  1996.  Something hundreds of millions of people now do with one click of their iPhone required significant effort in the recent past.

In just 16 years we have seen an industry grow into a mighty fixture of holiday buying season into something that will increasingly be relegated to the back of store on clearance shelves.  The rise and fall of technology occurs so frequently that sometimes it is easy to miss.  In this case, I wanted to make mention of it as GPS has helped to make the world a little bit simpler and a little less frustrating.  Thanks.