Hook Champ is an iPhone/iPod Touch action game based on using a grappling hook to swing as quick as possible through cavernous levels filled with bats, water, lava and the like while being chased by a giant floating fish that wants to eat you.  In a word, it is awesome.  The retro graphics (see screenshots) along with the music and humor make for an exciting, challenging game that is tough to put down. 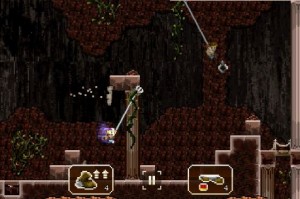 The story begins with you and a friend finding a treasure map and a grappling hook.  Using your amazing new found grappling skills you go into a cavern and are chased by the aforementioned giant floating fish.  In the cave you quickly grapple your way through as speedily as possible while at the same time trying to pick up as many coins as possible (which by the way make a very nice jingle sound when picked up).  After completing the stage you can go back to a shop and buy a variety of items or upgrades.  You can even buy the ability to play with several different characters.

When it comes to the store, it adds a lot to the gameplay.  In the beginning of the game you don’t really have the ability to throw your grapple very far, it’s hard to pick up coins and you walk extremely slow (grappling being the best way to get around in a cave).  By upgrading a variety of items you will progressively move much quicker (which is good because that giant floating fish gets quicker and quicker as the levels progress).  One of the silliest features in the game is also one of the best.  You have a tremendous variety of hats to buy at the shop from a ball cap to a gas mask.  This game doesn’t take itself seriously and that whimsical quality is really fun and is evident throughout. 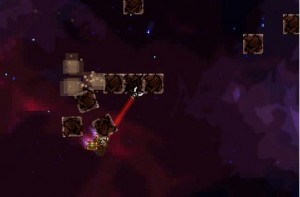 The graphics are dated but done so purposely.  They bring you back to the days of the original Super Mario.  In the beginning, it really bothered me that everything felt so pixilated but for some reason the graphics grew on me and I accepted them for what they are.  I love amazing graphics as much as the next guy but this game is all about gameplay.  The music in the menu is quite good but for whatever reason it is not included during the actual playing of the game.  Kind of a bummer but the game does allow you to use your own iPhone/iPod Touch playlist before you start the game and continue using it while playing.

The game saves your replay for each of your best grappling runs.  You can race yourself or used in a built in quasi-multiplayer system to race against the world’s best grapplers for each level.  It is kind of nice to have the additional urgency and actually see what they did as they go through each level.  You can even find people that are playing Hook Champ nearby if you allow OpenFeint to locate you using your devices GPS.  It’s kind of a nice touch.

The controls feel weird at first.  There is no virtual joystick; there is no on screen buttons.  The top part of your screen is for the grapple hook and the bottom part of the screen allows you to run forward or backward.  Once you play the game for a while you will get used to it and the controls become second nature. 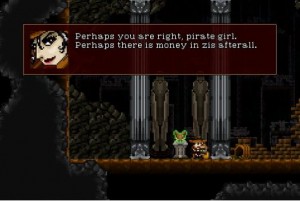 This game is really well made, and is definitely a pleasure to play.  It gives you a variety of different levels and gets progressively harder as you move forward.  You can easily compare yourself to people all across the world or if you would like to, people just within your local area.  If you like 2d platformers, you are surely going to enjoy this one.  Enjoy the retro feel and forget about the graphics.  Who needs graphics when you have an awesome grappling hook anyway?