Are Civilization 5 and Command and Conquer 4 – iPad Bound? 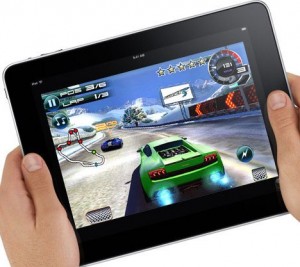 There are 3 different genres of games that I think we will see come to and/or be improved by the iPad.  These games don’t really work as well on an iPhone or iPod Touch.  The reason, the screen is simply too small and there are too many things going on.  In fact, many of these types of games that have been released on the App Store in the past really are more complicated than a 3 inch handheld allows.  With the iPad’s larger screen, you not only have a much larger visual but you also have a lot more room for virtual controls.

One of the 3 game types I am really excited about are turn based strategy games.  The big one being Civilization.  I don’t mean the Revolution version either, which while fun, takes out a ton of the intricacies of the original games.  Civilization needs a larger screen to really be able to be as detailed and epic as it is on the PC or Mac.  Using touch screen controls seem like a natural fit for the game as well since it is mouse oriented.  The best gaming news I have heard this year was the announcement that Civilization 5 will be released sometime in the fall of this 2010.  It seems like an iPad release sometime in late 2010 or early 2011 would be a perfect fit.  Fingers crossed. 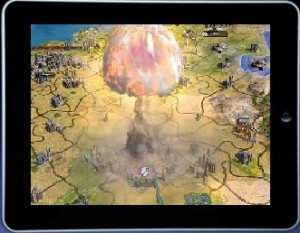 The second game type that would be a great fit for the iPad is the racing genre.  The iPad will be like having a small steering wheel in your hand.  In fact, I could see a racing game on the iPad being more fun than one on a PS3 or Xbox 360 because everyone would have a mini steering wheel to play with.  I know that Firemint (developer of Real Racing) has already started the development cycle on one of their games for the iPad.  It certainly would make good sense to optimize the App Store’s most prolific racing game, Real Racing, for the iPad as well.  Let’s imagine; Real Racing with actual licensed cars and updated graphics and sounds.  Hell, what if they came out with a Bluetooth peddle board?  You could sit at a table and use the iPad to steer and the peddles below to accelerate and brake.  That sounds like a pretty sweet setup to me.

The final game type that really lends itself to the iPad is the real time strategy genre.  These have been done with some success on the iPhone and iPod Touch (Red Alert comes to mind).  But with a larger screen and the ability to select multiple units at once by touch and dragging, I could really see this being a lot of fun.  Think Supreme Commander 2 and Command and Conquer 4.  These typical PC games will be a perfect fit for the iPad’s touch screen.   A genre that has been relatively untouched by the console gaming world will find a whole new generation of gamer on the iPad. 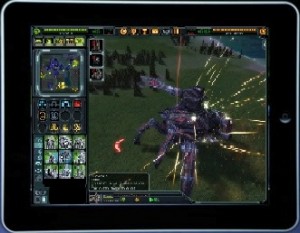 Some of these games wouldn’t even need scaled down very much for the iPad’s specs .  I think we will see a lot of high quality content here and it is really going to be a good fit for companies that make PC games.  It also stands to reason that most of these ports will include multiplayer (Wi Fi,  Bluetooth or both).  What do you guys think?  Any additional genres that would really benefit from the iPad’s innate qualities? As much as I have been down on the iPad for being a business or educational hardware product, I think its future is bright when it comes to new ways to game.