Aefo Alfie is a, iPhone and iPod Touch clone of Where’s Waldo.  That being said, there are some differences between the two.  First, the developers found an even more unique name (Aefo) than Waldo.  Secondly, Aefo is located in specific tourist locations across the world.  All of which have very nice background art but overall the experience falls well flat of anything that resembles fun. 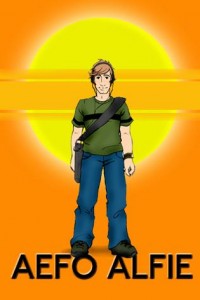 When you load up the game you are taken to an option menu that allows you to choose from either North America or Europe.  Each continent  has 9 different locations.  North America has landmarks that range from  the Indianapolis Motor Speedway (nice to see Indy represented) to Disneyland.  Europe includes destinations like  the Parthenon and Arc de Triomphe.  No matter where you go, you will be taken to a picture.  Somewhere in that picture is Aefo; our green shirt, blue jean, headphone-loving, friend. 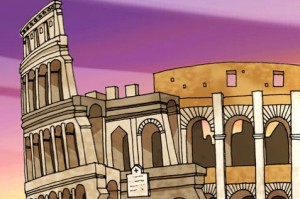 The pictures do look nice.  In fact, you can tell the artist behind them is quite talented.  Unfortunately the maps aren’t very big for this type of game.  Most are no bigger than the iPhone screen which makes finding Aefo surprisingly easy.  None of the maps are much of a challenge once you get used to what he looks like.  You have the ability to replay the same place several times and each time Aefo shows up in a new location in the picture.  Even so, the replay value of the game really isn’t very high.

There isn’t any music and the sounds within the game are beyond minimalist. While the Where’s Waldo books and App include humor and fun things going on, you don’t really see that in any of the art within Aefo Alfie.  Most of the people are just standing around facing forward and once you begin looking at anyone in the background, all you see is shapeless people without any characteristics at all.  Once you hit that level, you never see Aefo. 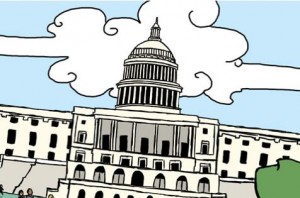 All in all, this game is an obvious Where’s Waldo clone with no distinguishing characteristics.  It doesn’t strike me as better in any way, shape or form and in some ways seems less alive than the character he is based on. It might also be that Aefo looks much less goofy than Waldo could ever hope for.  While Waldo looked unique in any setting with his hat, shirt and face; Aefo looks downright average. Unfortunately, so is this game.