How to Train Your Dragon

DreamWorks, with lots of help from Glu Mobile, has created an iPhone/iPod Touch game to go along with their new movie, How to Train your Dragon. I haven’t seen the movie yet so I can’t tell you how similar or different the game is from the movie. But, I can tell you that the game is a lot of fun. 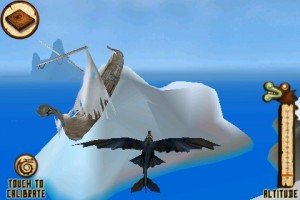 You play as the movie’s main character, Hiccup. As Hiccup, you fly around on your dragon collecting insects, sheep, treasures, and other various objects. At the beginning of the game there is a small storyline that will slowly introduce you to the controls (tilt) and how to get from one island to another (there are three totally different islands).

After flying around for about two hours or so you should be close to completing the basic of the storyline. From then on you are on your own to land on different platforms that act like missions starters. The missions are mostly time based checkpoint races and collecting objects. Each island will have different missions, so you will have to explore the islands by flying around.

There are over 150 insects that are scattered around the three islands. Some insects are rare with only 10 in the whole game. It’s a good idea to go ahead and collect these insects when you are close to them and while you are exploring. 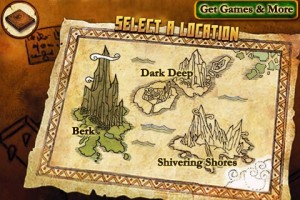 The graphics are very similar to another Glu game and one that I have had on my phone for awhile now, Glyder 2. As a matter of fact the entire game is similar. You fly around from island to island landing on platforms and collecting objects. The graphics have changed, but there is still an overall theme that is shared between the games.

The gameplay is very simple. Tilt controls are used to fly the dragon. The only time you tap the screen is to takeoff from a platform or to have your dragon do a midair spin. I’m not sure what purpose the spin provides, maybe it’s from the movie. But as far as I can tell there is no in game use. 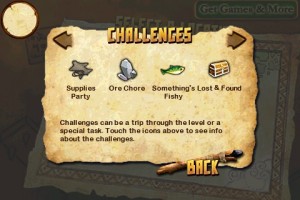 Overall, this is a great looking, fun game. And for only $0.99 it’s a pretty good buy. That being said, you might want to check out my Glyder 2 review before you take the plunge.  For a couple more bucks you get a few more islands to explore and longer gameplay.