The Package is an ingenious puzzle game.  It really is.  Puzzle games are one of the most commonly represented games of all genres on the App Store.  That’s why unfortunately is so hard for new developers with good games to break through.  I’m hoping that is not the case for the developers of The Package, a game where your job is to deliver a package using nothing more than MacGyver like widgets and tools. 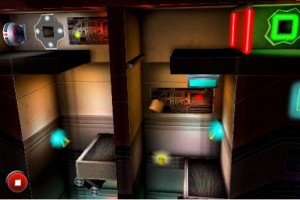 One of the things you’ll find out very quick in The Package is that you will not be delivering a package by hand.  You are no UPS delivery guy.  Instead you are shown the place where the small package will drop from the wall and you are shown the spot where it needs to end up.  To help you do this without human intervention you’ll have to set up a type of Rube Goldberg factory in which you will using boxing gloves, industrial strength fansm, conveyor belts and more.  Throughout the levels, the correct placement of these items will become increasingly difficult to the point of being frustrating.  You’ll be able to try yourr machine as many times as you like but the points you earn on each level are directly dependent on how long your innovative factory take to build.

The main problem this game faces is that the developer has simply made it too difficult for us knuckleheads out there that aren’t engineers.  The ramp up of difficulty from the first level to even the 8th is incredible.  The developer should look to a game like Ragdoll Blaster 2 that shows you how to ramp up the difficulty effectively and give its players a lot of satisfaction on the way by actually finishing the job.  A game that no one can beat is no good if all of the best levels are hidden. 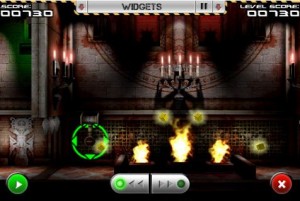 All of that being said, I am hopeful that the developer gives his fans what they are asking for in this case.  Helpful hints should be thrown in for us too thick-headed to understand what to do next.  Think World of Goo-style painted sign hints.  Do you know why games like that and Ragdoll Blaster sell millions of copies?  Because it makes us little guys feel smart when we succeed. 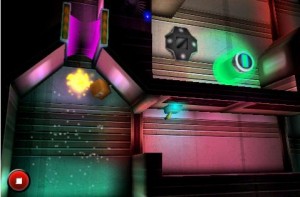 This game has all the right ideas and even the right implementation but when it gets down to it, it is just going to cause a lot of frustration, especially at the later levels.  For now, you may want to pass but please come back and take a look and see if the developer can get a few of these issues ironed out.