Dive headfirst into a Romanian castle shrouded in wonder and mystery with the inquisitive and determined protagonist, Nelly, in G5 Entertainment’s latest title, Treasure Seekers II: The Enchanted Canvases. An amped up version of traditional hidden puzzle games, G5 takes this to the next level with a constantly developing storyline, hordes of puzzles, and a number of unique minigames. Sounds pretty enticing, right? 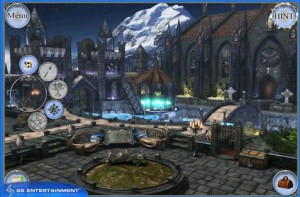 The second installment of Treasure Seekers dumps gamers right back into action, as Nelly’s overzealous brother, Tom has taken off on an adventure to find the Philosophers’ Stone. Of course, silly old Tom is now lost somewhere amongst the puzzles and possibly in grave danger, so Nelly strikes out into the castle to retrieve her lost sibling. Each canvas lays out a new scenario where players meet unique characters such as ghost pirates or genies that require your assistance. Whether you’re relighting an old lighthouse or scuba diving to recover lost sea treasure, Treasure Seekers II keeps gamers guessing as they try to outsmart minigames and unravel a number of tricky quandaries.

Everything from top to bottom in this game seems to have an enchanted, rustic feel to it, from the menus right on through to the individual puzzles. There isn’t a ton of animation and movement, which allows Treasure Seekers II to focus on creating highly appealing interactive backdrops which serve as the basis for most of the gameplay. While tapping around and searching for the next clue, fish and birds flutter by as clouds drift through the sky and the flames from a fire shoot up the chimney. Each canvas is completely different, creating a new visual treat for players as they progress through the content while trying to rescue Tom. 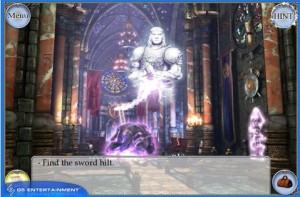 Coupled with the already attractive visual landscape is a diverse soundtrack which ebbs and flows with each of the different levels. Far better than some of the more repetitious audio featured by many other mobile titles, G5 did their best to transport people right into one of the magical canvases with a lush soundscape. Smaller accent effects signal correctly discovering a clue or necessary tool, such as a chime or metallic ping. The characters don’t speak, but the dialogue is kept concise enough to prevent Treasure Seekers II from turning into a reading exercise.

Being a hidden puzzle title, you can bet no one will be giving themselves a migraine over figuring out the controls with this one. Most of the game is done by simply tapping or dragging objects on the correct location, and zooming in or out works the same way it does on your iPhone. The only minor inconvenience is during one or two of the minigames where some areas are just too small to press without touching the wrong item, creating some unnecessary repetition. 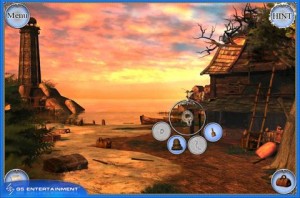 With boatloads of constantly evolving and changing content, as well as a pleasing auditory and visual experience, Treasure Seekers II is a solid pick, especially for fans of the genre. The $4.99 price tag might turn a few people off, but it’s pretty easy to tell the difference between this and a $0.99 app, especially with the length of the story. Don’t wait too long, Tom needs your help!