Baseball Superstars II Pro ups the ante on an already strong iOS series.  Though the game is incredibly similar to the previous iterations by GAMEVIL, it adds just enough additional features, content and modes to be worth the money regardless if you have the previous versions.  If you have yet to buy any game in the series, this purchase should be a no brainer for any sports fan. 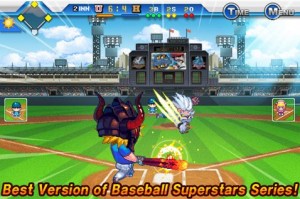 As with the previous titles, you are given many modes to play in including; Season Mode, My League (which is a story mode that lasts about 10 game years), Exhibition, Home Run Derby, and a Mission Mode.  Nearly all of the modes allow you to earn G Points which give you the ability to buy items or increase your player’s ability in the My League mode.  Part RPG, part baseball sim; My League is the real meat of the game and will make you return again and again.  Season mode even allows you to sign the players you have created in the My League mode. The integration between all of the modes is really outstanding and gives you a reason to play them all. 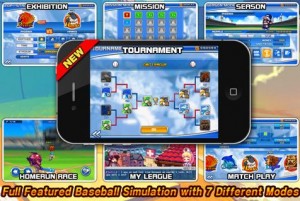 The graphics are not much different from previous iterations and overall they are just so-so.  I would like to see a pretty large improvement in the next version of the series in this area.  After all, this is the 4th game and not much has changed here.  The music within the menus is upbeat and easy to like.  However, the sounds within the game get incredibly tiring and hearing the same strike, ball and out announcements continuously makes it an easy decision to turn them off. 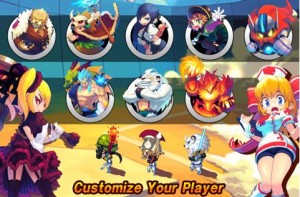 If you are looking for a game that has pick up and play ability, this one also has it in spades.  Uniquely, it also has the ability to suck you in for hours at a time.  Not many games can combine both of those qualities and I believe that is why it is such a fun title.  A word of warning – While veterans of the series will immediately recognize the game and how to play, new users may find the controls a bit tough to get used to at first.  My advice, stick with it.  You’ll be glad you did.