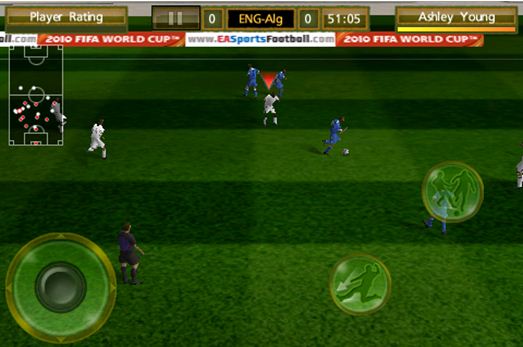 Everyone knows that the most popular sport in the world is soccer.  What you may not know is that despite Madden’s enormous success in the United States, EA’s best selling sports series is none other than FIFA.  It should come as no surprise then that EA will be releasing a game specifically created for soccer’s biggest event, the World Cup which is held every four years.  This just so happens to be the 4th year of that cycle.  This year the Cup will be held in South Africa.  From the media preview that has been released, it sounds like this game is going to have several modes available to play including creating your own player and having him play in the Cup and of course, tournament play.  With over 100 countries to choose from, no matter where you are from you should have the chance to lead your country’s soccer team to greatness.  We’ll have our review up shortly after the game comes out on April 30, 2010. 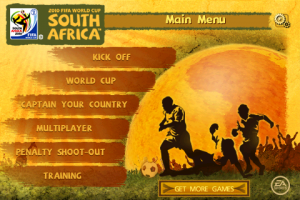 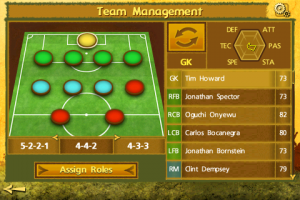 Product Description
Everyone can play in the 2010 FIFA WORLD CUPTM. The biggest sporting event on the planet comes to iPhoneTM and iPod touch®.

The 2010 FIFA WORLD CUPTM comes to South Africa for the first time in its history and you can be there with EA SPORTS!

2010 FIFA WORLD CUPTM in the APP STORESM. Shoot for goal on the iPhone® and iPod touch®.

Key Features
WIN THE 2010 WORLD CUPTM –
Everyone qualifies for this tournament. Play as one of over 100 teams and take YOUR team all the way to international glory

SPECTACULAR PRESENTATION –
The 2010 FIFA WORLD CUPTM comes to life with all the passion and celebration of the tournament, including all 10 official stadiums.

GET INTO THE GAME –
Now more intuitive and easier to use, the 2010 FIFA WORLD CUPTM controls give you the chance to get straight into the action. Use the new button layout and floating d-pad to prove you’re a pro!

BE YOUR HERO –
Take your country to glory as you play in the only official World Cup tournament. Be a player in your national team and lead them to the final.