iPad Games to Raise the Bar – and the Price 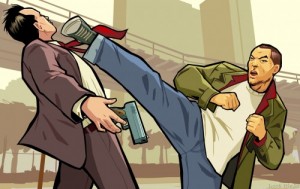 Two months ago I wrote about iPad games.  I stated that they would cost more their iPhone/iPod Touch counterparts when they were released.  At the time of that article, there were quite a few naysayers.  [gloating ]Call me Nostradamus because I was right [/gloating].    Touchreviews.net has an article on the iPad games that have been announced and all of them are quite a bit more expensive that their iDevice brethren.  While we aren’t yet hitting the 20 or 30 dollars mark like I wrote about in January, I think the cost is surely to rise as more development time is spent on premium games.

Major publishers everywhere are starting to get into the App Store act.  EA, Activision, and Ubisoft are already here or soon will be.  The iPad will be a good mobile gaming experience.  It only stands to reason that people will expect a game that was released for the PSP GO or Nintendo DS to at least be up to par (or an exact port) when they come to the iPad.  If Apple decides to promote the iPad gaming experience (like it is widely expected they will), publishers are going to want to see a much more equitable cost between the DS and PSP version compared to the App Store version.  Don’t get me wrong, the days of 1 and 2 dollar games are not over by any stretch of the imagination, but the HD and XL titles that are being announced for the iPad are already double or even triple the price of their iPod Touch/iPhone counterparts.

Where does that leave an iPad release for a game like Grand Theft Auto: Chinatown Wars or Street Fighter 4?  Both games are already near the 10 dollar mark for the iPhone and iPod Touch.  If they were to be released in the higher quality iPad format, it would only stand to reason that they will also increase their price for the improved gaming experience.

Honestly, increased game costs aren’t all bad.  That means that we are likely to see the crème de la crème coming to the iPad in the near future.  I doubt we will see Sony or Nintendo enter the fold anytime soon but hey, you never know.  Money makes the world go round and there is going to be a lot more money passing through the App Store in the near future.