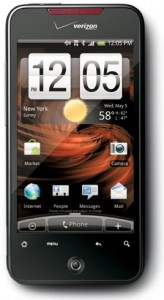 Product-reviews.net reports, “The Incredible will pack a 3.7-inch WVGA AMOLED display screen (multitouch capacitive), capable of outputting a resolution of 480 × 800 px. It will run on Android 2.1 OS, with HTC’s Sense UI. Other specs include an 8 megapixel camera with dual LED flash, 1 GHz Qualcomm Snapdragon processor, 512 MB RAM and 512MB ROM.”  The phone will reportedly be released on April 29th, 2010 across the US.

The iPhone HD will reportedly be powered by an A4-family CPU system-on-a-chip (read-much faster), a 960×640 double-resolution display and a front-facing camera and use the newly announced OS 4.0.  The iPhone HD will likely be announced on June 22nd, 2010 and be released shortly thereafter.

Certainly the phones stack up nicely when compared to each other.  Both have high resolution screens, 8 megapixel cameras and fast processors.  The difference between the two may lie solely in the phone’s software.  While the iPhone HD will be running Apple’s OS 4 and finally be able to do things like multitasking, the Android-based HTC Incredible will be able to use the open Android platform to do whatever programmers can come up with.   The interface is sure to be slick on both devices but as always, it is doubtful that any device can match Apple’s touch screen for sheer precision.  In fact, in a recent automated test of screen precision, the iPhone came out well ahead of all of its competition.

One thing that may propel the HTC Incredible forward is that Adobe is said to be very close to releasing Flash to the Android OS.  That would give that platform a definitive advantage.  While Apple says they will simply never support the Flash plug-in, Android devices have yet to be powerful enough to support the resource hungry software despite the open ended OS.  It is widely expected that the HTC Incredible’s faster processor and larger memory chip may change that.