Chillingo announced today the super soon release of their new game, Monster Mayhem.  in what can only be described as a mix between Plants vs. Zombies and guns, Monster Mayhem will need to etch out it’s own area in the increasingly competitive tower defense niche.  The new video below shows off the crazy looking gameplay and all of the monster types and weapons at your disposal certainly do like they will be a lot of fun to play with.  Expect the game to be released in the very near future. 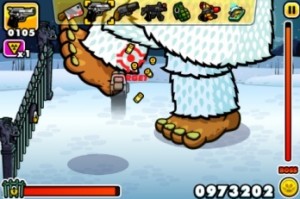 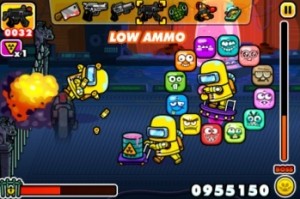 Get ready for the goriest, bloodiest, hack-and-slash monster attack game you’ve ever seen.  The only game where attack IS the best form of defense!
‘Monster Mayhem’ Game Features:

Crazy monsters lurk in the dark of night, trapped behind the rusty iron graveyard gates. As the Gate Keeper, you must keep the monsters behind bars and stop them from escaping by any means necessary.  This is classic castle defense with a twist: no gun turrets, blocks or speed reduction – just all out ATTACK with explosive weapons and action-packed combat!

*The Monsters Will Break Into the App Store Soon
– HUMANS BEWARE…