The Mystery of the Crystal Portal

Your dad, an archeologist, is missing and you, his daughter, decide to go looking for him. The last time you spoke to him he told you that he is about to make a discovery that will change humanity for all time. That was over a week ago. He was supposed to meet you and is over six hours late. 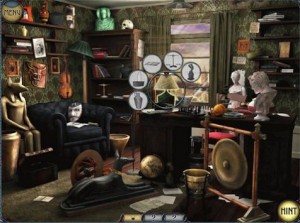 The above scenario introduces The Crystal of the Crystal Portal HD. The cinema-like video at the beginning of this game is none like I have seen on the iPad. I have seen similar vignettes (short high quality movies) on Xbox games before but never on the iPad. Needless to say I was quite impressed.

The Mystery of the Crystal Portal HD is a hidden object game. This genre of games doesn’t usually strike me as entertaining.  In fact, in my experience this genre is one you either love or hate and I usually fall into the latter category. That gives you some background when I say that this game is great.  It has fantastic production value throughout and constantly makes you wonder what’s around the corner. 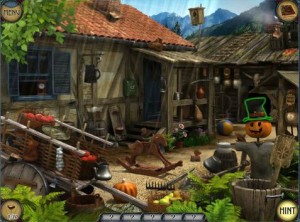 You can tell the developers have put a lot of thought into the story and have used gameplay to build tension and drama. This alone kept my mind in the game. Beware this is one of those hidden object games where you have no idea what you are looking for. Most of the objects are totally unrelated so if you don’t like the hidden object games where you have to randomly poke around then skip the rest of this review because you will not like this game.

Visually, this game is top notch. The graphics are amazing. Usually with this genre of game you will have a still picture to stare at while looking for items, but not in this game. The still image is still there but they have added moving attributes like smoke, lights that sway with the breeze, and leaves gliding to earth. This for me (and the really high quality of graphics) set this game apart. The audio is right there with the graphics. There is amazing ambient noise. Things like birds chirping or boats creaking really take over and become very noticeable because of the small amount of music used.

For $4.99 this game is a steal, especially if you like hidden object games. The graphics are some of the best you are going to see in this genre. This game is challenging and probably not for younger children. I’ve been playing it for probably a total of 2 hours and I’ve gotten frustrated a few times. When that occurs, and it will, have no fear.  The developers have included a hint button that pops up every few minutes to move you along to the next object. 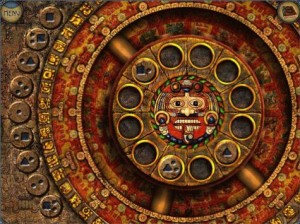 For me, the hidden object genre isn’t fun but this game is despite its genre.  There’s nothing left to say.  Take a chance on this wonderfully crafted game with a story and production value that tops most other games regardless of genre.