Pirates vs. Ninja vs. Zombies vs. Panda

A pirate, a ninja, a zombie, and a panda walk into a bar. The bartender looks up and says, “Hey! Where’s the angry bird?” If you’ve heard of Angry Birds, but not of PvNvZvP, Pirates vs. Ninja vs. Zombies vs. Panda, then you haven’t been paying attention. PvNvZvP is the very similar but (in my opinion) the more challenging, adult version of Angry Birds. When I first played Angry Birds I flew (pun intended) through the levels and was done with the game in a few days. The only replay value I got was going back and getting more stars and finding the hidden eggs. Yes, Angry Birds is still a very good game and worth every penny, but it doesn’t offer the same challenge that PvNvZvP offers. 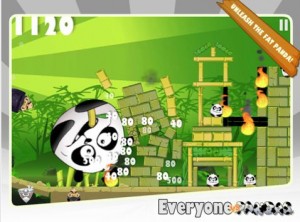 The levels start out fairly easy but quickly get difficult as you progress through the game. To draw another comparison to Angry Birds (I promise – I won’t mention that game by name again), the levels are set up the same. You shoot your characters from one side of the screen aiming at your targets. There are slight differences in the game controls between the two games. To shoot in PvNvZvP you tap on the cannon and drag your finger towards the targets.  The farther you drag the more powerful the shot. I like this format of control. I feel that it gives the user more accuracy and versatility compared to that other game. 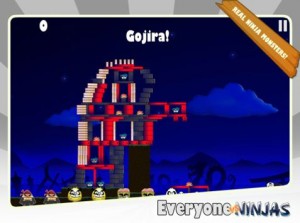 The visuals are great. Since the screen has to be zoomed out most of the game so the user can see what they are shooting at, it is very important to have very crisp and clear graphics. This game is superb in that matter. Even when fully zoomed out you can clearly make out each and every aspect of the game. My favorite aspect of the graphics is the fact that the characters are extremely comical.  The farting pandas for example, even when they aren’t being used, they sit at the bottom of the screen farting and making funny noises. Most characters do this in some matter. The devil is in the details and this game has details in spades. 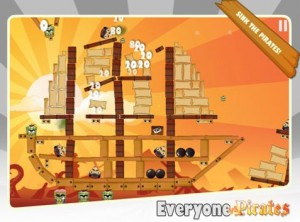 At $.99 for the iPhone and $1.99 for the iPad, this game is a steal. You will get hours and hours of fun gameplay. And in my opinion, PvNvZvP is more enjoyable for the older crowd than that fowl game.