JellyCar 2 is out for the iPad! It is no secret about how awesome the JellyCar games have been and JellyCar 2 for the iPad is the appropriate next step to keep the series moving forward.  It is worth mentioning that this is not a full review of JellyCar 2. Instead we review the changes and improvements that have been made to the iPad version over the original iPhone/iPod Touch version.  For the full JellyCar 2 iPhone and iPod Touch review, take a look here. 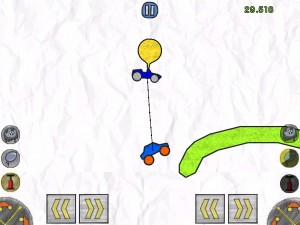 The iPad version and the iPhone/iPod Touch version have identical gameplay with the exception of two, multiplayer modes. The two player modes consist of a “tether” and a “race” game. In the tether mode two cars are strung together and have to complete an obstacle course. The race mode is exactly that. The screen is split in half with the same course on both sides. The first to the finish the course, wins. 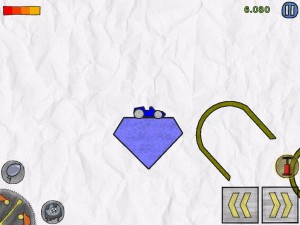 I didn’t review the iPhone version of JellyCar 2 so I am not sure if it has the same control options as the iPad version. One of my biggest complaints about iPad games is that they try to use the tilt-type controls used in iPhone games. With the size of the device, those types of controls can be difficult and cumbersome. However, JellyCar 2 does not fall into this category. The developers did a great job in creating a way to allow you to have full game functionality while using just your thumbs in the bottom corners, without tilting. 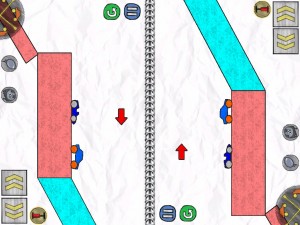 It’s no surprise JellyCar 2 is a great game. It has hours of single player game play and an endless amount of 2 player game play. For $2.99, I think this game is a steal.