Dracula: Path of the Dragon – Part 3

Having just finished the conclusion for Dracula: Path of the Dragon, I am a bit dismayed.  Reviews for Part 1 and Part 2 have been up for a while and Part 3 was the last portion of the adventure game, an ending which I have been looking forward to for a while.  Fortunately, Part 3 brings an exciting finish to the game and picks up exactly where part 2 left off.  Why am I disappointed?  Well – because it’s over. 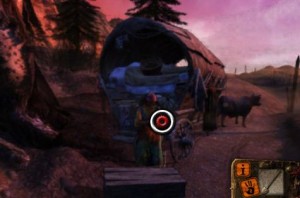 Path of the Dragon, Part 3 adds an enormous number of puzzles to an already strong story.  If you were disappointed in the number of puzzles in the second chapter (which admittedly were sparse), you will be happy to see that this chapter has tripled the amount of puzzles of the first two chapters put together.  That’s not to say they are all good, but it’s nice to be challenged.

The third chapter also is longer than the second.  The download clocks in at an enormous 500+ megabytes (so make sure to clear some space on your device before trying to install).  You’ll see familiar faces from the first two chapters and also several new faces.  Up until now, the game has lead your character, Arno – the Priest, from initially looking into a person from the Romanian town of Vladoviste becoming a saint, to now looking into the Path of the Dragon (the path of becoming a vampire).  Through twists and turns in the story, a shocking revelation is revealed in part 3 that are equal parts stunning, yet believable. 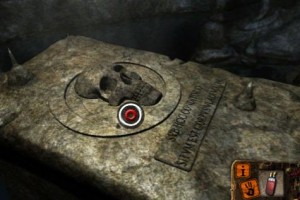 One of the issues I have with the final chapter in the game is that the puzzles can be a little tough to discern.  Some things that may have made sense on the PC version of the game have gotten lost in translation because of the small screen and lower resolution graphics.  In some cases, you’ll find yourself trying to use every single object in your inventory to figure out the next portion of the puzzle and failing dozens of times in a row.  It can be a bit frustrating especially when you find out that the reason you couldn’t figure out the puzzle was due to not being able to see something.  In one instance, you need to do something with a string, but the string is too small to see so it feels more like guess and test instead of actual detective work.

The third chapter also adds the possibility of your death into the mix.  While you “die”, you simply wait until the dying animation is over and it reloads you directly back where you were before.  It’s a bit of a copout since there really is no penalty for the death other than having to watch the same animation over and over again as your try to figure out the puzzle. 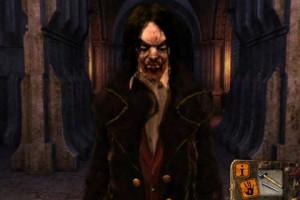 All in all, the ending of the game will leave some of you fairly satisfied while others will have wanted a bit more.  There are still questions left in the end of the game but by and large, most things are answered.  The bottom line is if you have come this far (through the first two chapters), the third chapter is a must buy.  If you have yet to make the journey, read the first two reviews first and see if it is something you would be interested in.  One way or the other, I look forward to playing more adventure games like this in the future.  The rich setting, great voice acting and sharp graphics give you 6 to 7 hours of gameplay (total time from all 3 chapters) for about 5 dollars.  That’s alright in my book.