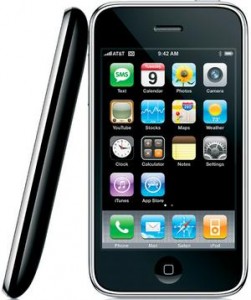 Many of you read my article from 2 months ago that said point blank that OS 4.0 would not contain multitasking.  The reason being, I said, was that Apple would want to continue supporting all of their iDevices on the market.  Well I was wrong…mostly.  In fact, they are adding multitasking to OS 4 and they aren’t letting all of their iPhone and iPod Touch devices (out of 85 million iDevices sold, 35 million will not be able to use it).

How does it feel to be wrong?  I was asked this in a couple different ways in comments that ranged from fairly decent ones like, “LOL…You were wrong” to the much more obscene such as, “You f—– idiot!  LOL”.  I have to say when it comes to tech prognostication, being right only some of the time comes with the territory.  I was right in my two other articles about the new OS.  Those articles were about 2 different things.  The first being that OS 4 would include folders or categories where you could store your games, apps, etc.  That really is included in OS 4.  I was also right when I wrote that customization of your iPhone would be a bigger thing in OS 4.  Apple announced during their last conference that you would be able to customize your devices background.  Nevertheless, I was wrong about multitasking and I have to say, I couldn’t be happier.

Multitasking on my iPhone was the number one thing I have wanted since I first purchased the device.  It is the number one reason that most people who jailbreak their phones, do so, and it is the number one competitive advantage a phone that use Android or is Windows based had over Apple’s iPhone.  Though almost half of the people using an iDevice will be cut out (only people using a latest generation of iPod Touch or iPhone 3GS will be able to use multitasking), it will likely be a great thing for Apple since it will prod people into buying another one of their devices.

I was wrong.  I thought Apple would hold back this functionality due to the pressures of not being able to support it on all of their devices.  After all, offering this functionality is exactly how they will sell more devices which is what they care about anyway (not that there is anything wrong with that).  Going forward I will try to be more cynical when it comes to writing about how developers will treat their clients, even if there are 35 million of them that will likely be left in the dust.  In the meantime, start saving you money iPhone 3G and iPod Touch owners because it is time for an upgrade.  I bet Apple even has a very special product ready to go when the new OS comes out this summer.  In my mind there is no doubt they are waiting to release the new OS until the announcement of the iPhone HD.  But hey-I’ve been wrong before.